HOW MUCH DID THE ANCIENTS REALLY KNOW? 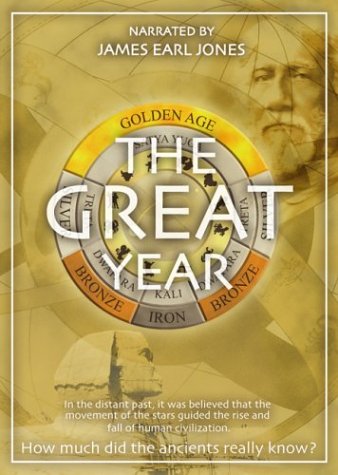 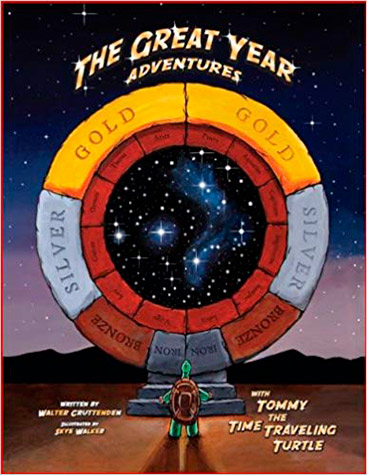 THE HIGHLY ANTICIPATED COMPANION TO THE GREAT YEAR

Lost Star of Myth and Time weaves together some of the latest archaeological evidence with cutting-edge astronomy to reveal a history of the world that finally fits with myth, folklore and the archaeological record. While this book explores some of the more interesting aspects of a once advanced civilization that covered the Earth, it is really about what happens to the Earth and consciousness as our solar system moves through space in the mysterious motion known as the “precession of the equinox”.

Ancient folklore from around the world rings with two resonating themes: History moves in cycles with alternating Golden and Dark Ages, and the slow movement of the stars across the sky, known as the Precession of the Equinox, is the cause and timekeeper of these cycles.
For years we have heard that these are only myths, that there was no Golden Age and that precession is just a wobbling of the Earth’s axis. Now, Lost Star of Myth and Time shows evidence the Ancients were not just weaving fanciful tales – science is on the verge of an amazing discovery – our Sun has a companion star carrying us through a great cycle of stellar influences. If true, it means the Ancients were right and our views of space and time and the history of civilization will never be the same. More than that, it would mean we are now at the dawn of a new age in human development and world conditions.

Lost Star of Myth and Time
– By Walter Cruttenden 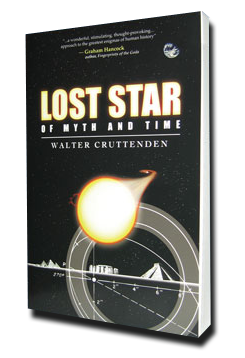 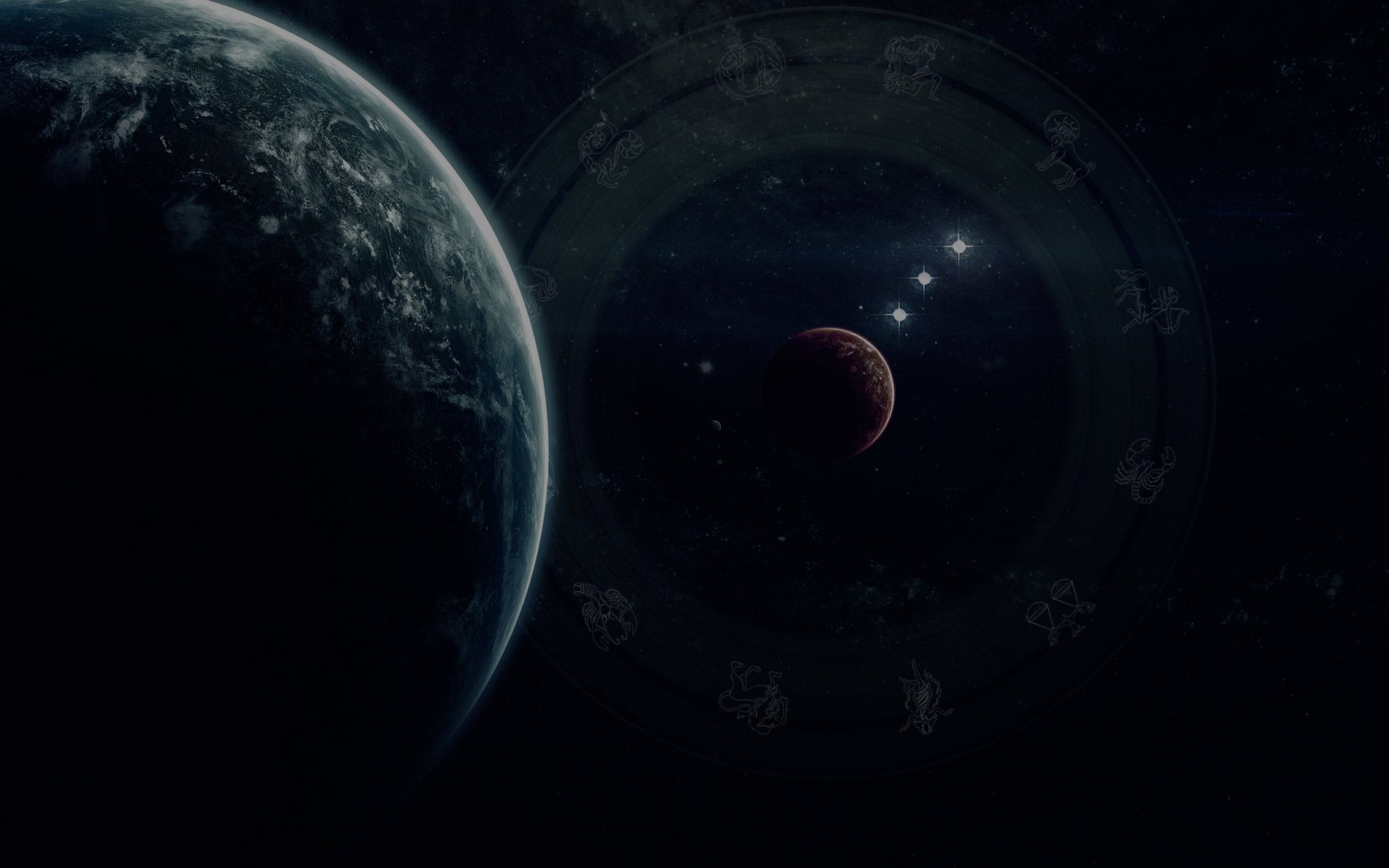 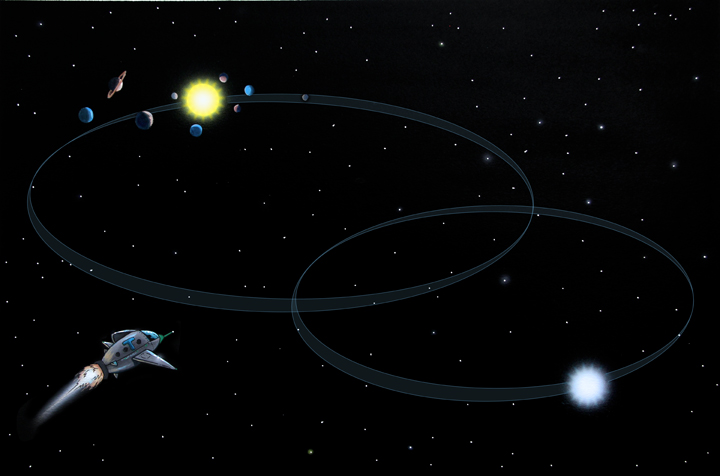 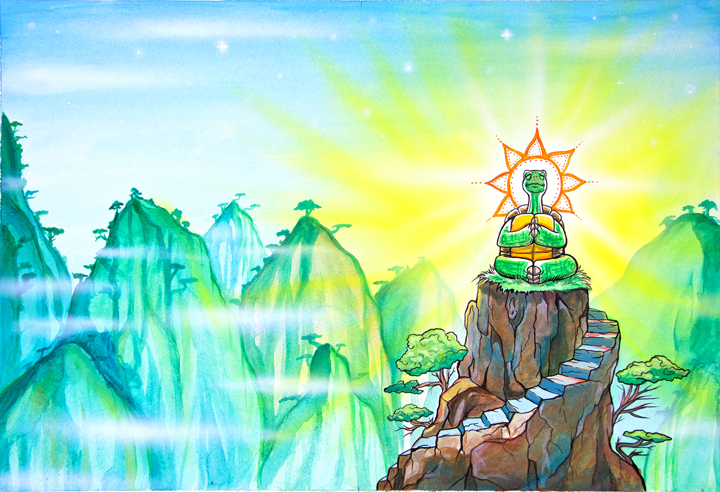 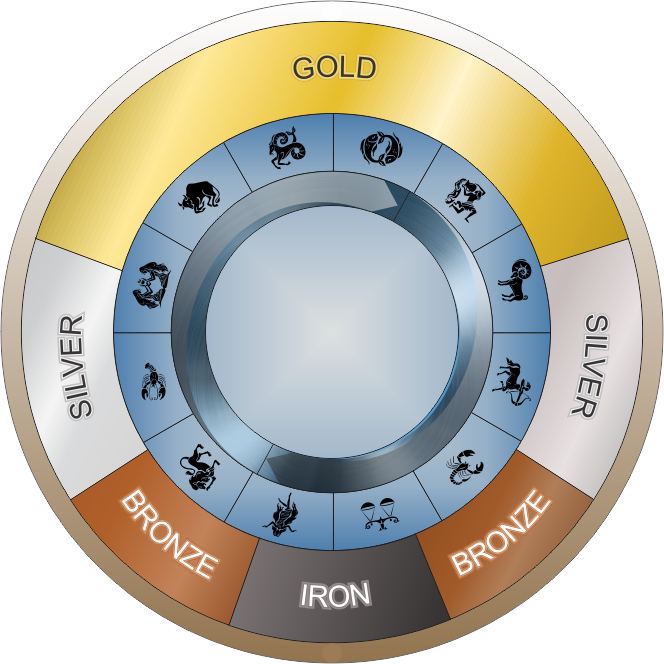 WHAT IS THE GREAT YEAR?

The Great Year is the term that some ancient civilizations use to describe the slow precession of the equinox through the twelve houses of the ancient zodiac, a period that takes about 24,000 years. Although different cultures refer to this cycle by different names, including the Platonic year, Perfect year, Yuga cycle, Ages of Man or just the equinoctial cycle, one thing is clear: It was known to virtually every ancient culture throughout the globe. In their epic work, Hamlet’s Mill, Giorgio de Santillana and Hertha von Dechend document the great year tale and highlight it as the number one topic is woven into myths and folklore around the ancient world.

Why were our ancestors so fascinated by this subject that they memorized stories that were passed down for thousands of years and built megalithic structures on every continent to monitor this movement? We think it is because the tales are true! That is, as the Sun curves through space carrying the Earth with it, our bodies and our planet move to a region where they are affected by different cosmic forces that indirectly result in the rise and fall of civilization. As man’s consciousness expands and contracts and the cycle plays out, just like a solar year with its seasons, it results in great ages of enlightenment and dark ages of misery. Indeed, the archaeological record shows a broad decline of ancient civilizations beginning about 5,000 years ago, a long, world-wide dark age and then finally a rise in consciousness with the Renaissance continuing to the present day. Were the tales and myths and stone henges really just for amusement and farming? Or is Hamlet’s Mill correct: folklore is the scientific language of ancient times, and the Ancients were foreshadowing a dark age to come and trying desperately to preserve knowledge in their pyramids, megaliths, and temples so carefully and mathematically aligned with the heavens.

This is the story of the Great Year and the new scientific evidence that supports it. Recent solar system studies seem to indicate that precession is indeed caused by a curving motion of our sun through space. While not yet widely accepted, if true, it is a startling finding confirming the wisdom of the ancients. 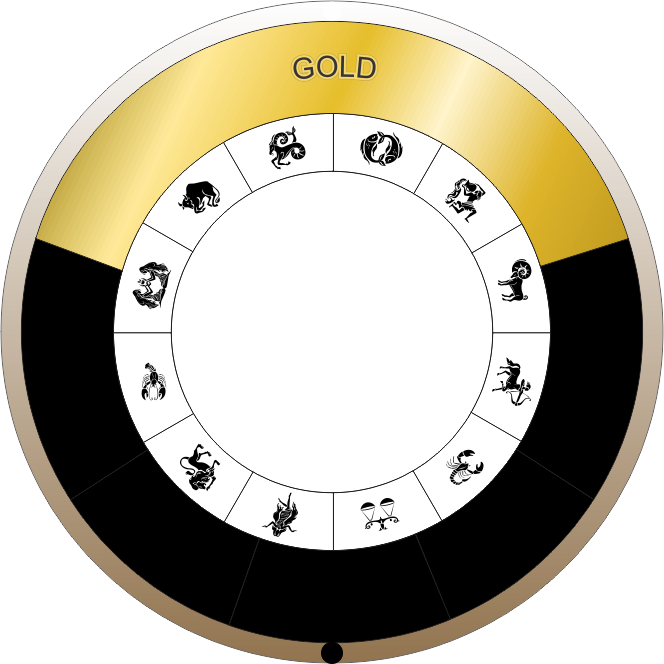 The last and longest period, spanning 4800 years in the half cycle, is the age of Truth and Enlightenment. This is considered to be the period when the intelligence of man is it its highest, and the human intellect can comprehend everything, including God. In this age, man will work in harmony with the Divine Plan. It is virtually impossible to comprehend at our current stage of development what our consciousness in the Golden Age will be like. However, one can imagine that “outwardly” the world will resemble a garden of immense proportions, with man living in perfect harmony with nature. Some of the myths and fables about Eden, Shangri La and the beauty and peace of the last Golden Age still linger. 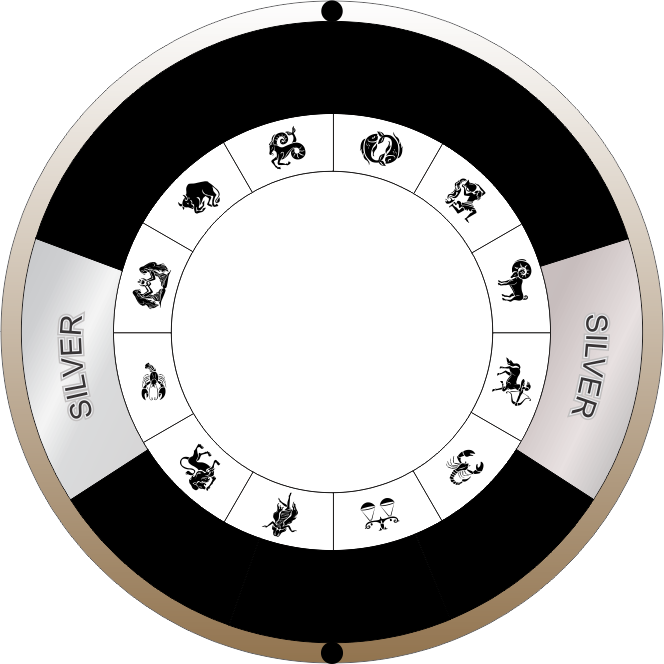 The Mental age, as it is commonly referred to, lasts for a period of 3600 years. During this period, human intellect can comprehend divine magnetism resulting in advanced human traits such as telepathic communication and perfect memory. Today, we think writing is a sign of intelligence, and we believe simple hieroglyphs evolved into more complex writing. The fact is that they devolved into writing, as this is a skill that is superfluous in the higher ages when one can virtually remember and know all. At our current level of awareness, we can hardly comprehend our state of consciousness in just a few decades to come, not to mention in the next Yuga. Looking back 150 years, who could have guessed what it would be like in the year 2000? Not even Jules Verne saw the possibility of gigabit computing, wireless communication, or the hopeful and sometimes scary possibilities of biotechnology. But most of the upcoming changes will be in consciousness and lifestyle. It is impossible to convey a knowledge of the next cycle to the masses in this cycle, but many highly conscious individuals will intuit its enormous possibilities. 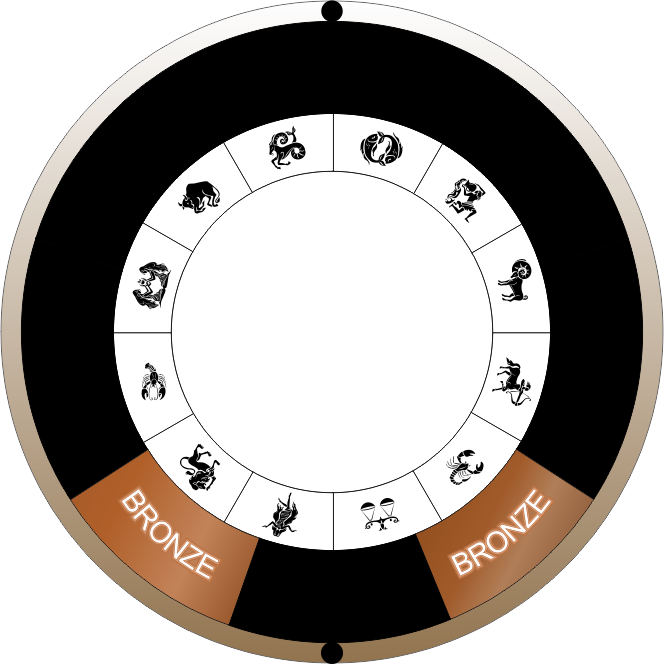 The Electrical or Atomic age lasts for a total period of 2,400 years of the Daiva Yuga. This is the period when human intellect can comprehend the fine matter and subtle forces and their attributes, characterized by electrical and atomic-energy developments: the age of telegraphy, radio, airplanes, and other space-annihilators. In the descending period, moving away from the spiritual age, there is less material development than in the ascending age where the materialistic influence is still strong. The ties to the prior cycle are slow to change. Thus, at the beginning of the ascending Bronze age, man is still very materially oriented but beginning to discover subtle particles and forces and understand more about energy on both a human and worldly level. It is a very exciting time of discovery, but the biggest revelation will be the realization that our bodies are simply vehicles made of subtle energies operating in a very real matrix of energy and ideas. 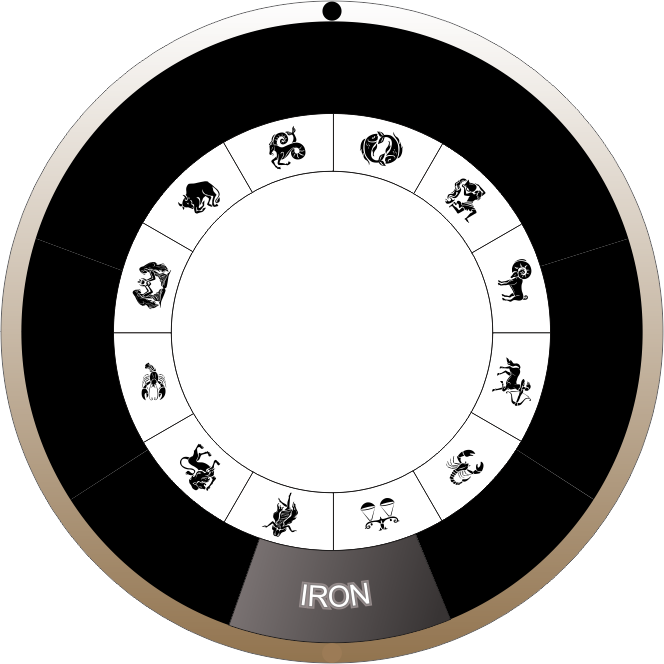 Referred to as the dark and materialistic age, Kali Yuga lasts for a period of 1,200 years in the half cycle. In this age, human intellect is unable to comprehend anything beyond the gross material world that we live in. The descending Iron age lasted from about 702BC to 499AD (a period of great destruction) and the ascending dark age ended around 1699AD. Similar to the seasons, these ages do not stop and start abruptly, but after a few hundred years, the difference in ages can be well identified.

ABOUT THE FILM
THE PRODUCTION
THE EXPERTS
THE FILM MAKERS
CREDITS