…Tommy has discovered a treasure that has been lost for centuries… 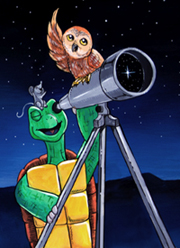 Hi, I’m Tommy. My friends and I have been all over the universe, even back in time. And there’s something we want to show you. But first…Did you know that the earth spins in space and this makes night and day? It is called a “celestial motion.” It is so powerful it makes us go from wake to sleep to wake again every 24 hours. It’s all because the earth spins, causing the sunlight to come and go, and this affects the way we think and act. Have you ever tried to stay up all night? It’s hard!

There is an even bigger celestial motion – where the earth orbits the sun making the cycle of the seasons. When the earth goes around the sun, plants pop out of the ground in the spring, bloom in summer, fruit and fall back in the fall, and go dormant or die in the winter. At the same time, billions of animals come out of hibernation, spawn and migrate in massive herds – all because the earth orbits the sun on a tilt. Celestial motions cause amazing changes!

But mankind has forgotten one of the most important ones. It’s not a day or year – it’s a Great Year, and it is very long!

In this motion, the whole solar system moves around another star, causing the earth to go through a Dark Age and a Golden Age and back again – everything changes.

If we could understand those changes, many people today would feel better about tomorrow. So let me show you the Great Year as begin by visiting the last Golden Age – thousands of years ago! 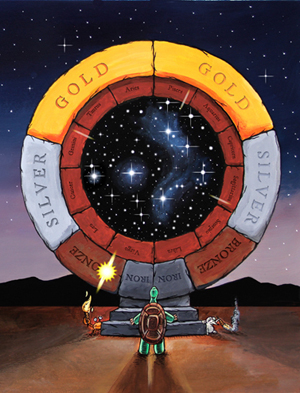